Gum disease is a problem for over 60% of the adult population. Because it often goes unnoticed until the later stages, it has often been called a "silent epidemic" in American culture.

Some of the signs and symptoms of gum disease are red, swollen gum tissue, bleeding of the gums when you brush or floss, chronic bad breath, and loose teeth.

Cause of gum disease 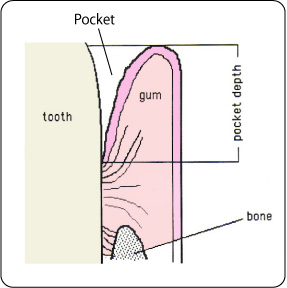 The cause of gum disease is a bacterial infection in the gum tissue surrounding the tooth. This infection is worsened by the presence of plaque and tartar on your teeth.

When this tartar is not removed professionally by a dentist or dental hygienist, an infected pocket can form around the tooth.

When this pocket deepens, the infection can spread to the fibers supporting the tooth and to the surrounding bone. Left untreated, this gum disease can lead to the formation of an dental abscess and the loss of one or more natural teeth.

Treatment for gum disease can be surgical or non-surgical in nature.

Surgical gum treatment involves removing the diseased gum tissue through either a minor procedure, called a gingivectomy, or through a more extensive (and expensive) procedure, called periodontal (gum) surgery.

This us usually necessary when the pockets around the teeth are 6 millimeters deep or deeper, or where the infection is especially bad.

Non-surgical gum treatment is fairly new and can be used when the infection of the gums is limited, and the amount of bone loss is not too deep (pockets less than 6 millimeters deep). When this is the case, we can use root planing to heal most of the disease, and Arestin (a time-release topical tetracycline antibiotic) to finish the job. 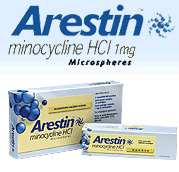 So how does one prevent this silent epidemic? The answer is in the coordinated partnership between the dental office and the patient. We clean your teeth on a regular basis, and you work hard at home to keep the levels of plaque and tartar to a minimum.

In addition, proper diet and nutrition are essential if gums are to remain healthy and strong. For this, I recommend plenty of protein in the diet (to supply the amino acids necessary for wound healing) and supplementation with normal vitamins and minerals as recommended by your physician or nutritionist.

Also, the restriction of refined sugar in one's diet (colas, candy, etc) is essential for healthy teeth and gums.

Finally, it is worth noting that Coenzyme Q10 has been described in the literature as being especially helpful in the maintenance of a healthy immune system and strong gum tissue. The normal dosage for CoQ10 is 30 mg/day.

This product can be found in almost any health-conscious market or store, but I have found the very best formulation online at Epic4Health.

Their general product is called Q-Gel, and their specific dental product is called Perio-Vite Ultra. What makes their CoQ10 the best is the gel formulation, which is absorbed more effectively than standard CoQ10. I recommend you look into CoQ10 and the Q-Gel product if you are serious about the prevention of gum disease and optimal periodontal health.

Gum disease begins with plaque, which is always forming on your teeth, without you even knowing it. When it accumulates to excessive levels, it can harden into a substance called tartar (calculus) in as little as 24 hours.[1] Gum disease is an infection of the tissues that support your teeth, or what we commonly call gums (periodontal literally means "around the tooth"). Ignoring this disease and leaving this infection untreated may cause the gums to break down.[2] Gum disease, in fact, is the leading cause of tooth loss in adults. [3]

Gum disease, a chronic bacterial infection, affects nearly 75-90 percent of the general population at one time or another. These chronic infections have been linked to increased risk of heart attack, stroke, ulcers, diabetes, respiratory diseases, and pregnancy complications.[4] Gum disease is a common condition that can lead to tooth loss if not controlled. More than half of adults have some form of gum disease, and among adults older than 35, three-fourths are affected by periodontal problems.[5] Gum disease not only affects your mouth but has been shown to increase the incidence of heart attacks or strokes, low birth-weight babies, and premature delivery of babies. Periodontal disease should be taken very seriously and not ignored.[6]

Gum disease can be sneaky, sometimes causing little or no pain or irritation before permanent damage is done to your teeth. That's why regular dentist visits are a must.[7] Gum disease is a serious dental health problem and if left untreated it can result to more serious dental and medical conditions. And it is the inflammation of the gum tissues, what causes the inflammation is And plaque are being produced from bacteria, excessive accumulation of plaque produces acids and toxins.[8] Gum disease, or periodontal disease is a chronic inflammation and infection of the gums and surrounding tissue. It is the major cause of about 70 percent of adult tooth loss, affecting three out of four persons at some point in their life.[9]

Gum disease is a "sneaky" disease. You can have gum disease when you are not readily aware of the problem.[10] Gum disease, also called "periodontitis" is the disease which causes people to lose their teeth. Periodontitis is found in greater than 50% of the adult population.[11] Gum disease generally doesn’t hurt. You may have it for years before you feel discomfort.[12]

Gum disease is caused by plaque, a sticky film of bacteria that constantly forms on the teeth. These bacteria create toxins that damage the gums.[13] Gum disease can occur at any age, but recent studies indicate a greater risk after age 35. This insidious disease is painless and if untreated will destroy the gums and bone surrounding your teeth and may eventually lead to tooth loss.[14] Gum disease and diabetes are the manifestations of the failure of cells to overcome attacks on the body. That failure seems to occur in this study and be related to a) gum decay, b) none or very little dental/medical intervention, (unless we assume that all those people with “no” teeth went to dentists/medical practitioners all their lives to no avail), c) and “less” diabetes in one senario and a) gum disease, b) more dental/medical intervention and c) more inflammation (and can be safely assumed, “more” diabetes) in the other.[15]

Gum disease has been linked to heart disease, stroke, and pneumonia, and diabetics with gingivitis may find it more difficult to control blood sugar levels. [16]

Periodontal disease is characterized by inflammation, and is also associated with high levels of CRP. It is currently believed that the presence of severe periodontal bony destruction may serve as a marker for persons who are also more susceptible to stroke.[17] Periodontal disease, the infection of the gums and bone which supports the teeth, is routinely found in the majority of adults who still have their teeth. Historically, it has been understood that the bacteria in the mouth (called "bacterial plaque") has been the cause of periodontitis (gum disease).[18] Periodontal disease usually starts out as gingivitis (swollen gums that bleed when you brush them). Half of all Americans have gingivitis, a gum inflammation often controlled with proper brushing, flossing, and routine dental cleaning.[19]

Periodontal disease begins as an infection of the gum (gingivitis) and, as it develops, it starts to also affect the bone on which the tooth depends for support. In end stages of the disease, with inflamed and sore gums, plus loss of the bone that holds the tooth in the jaw, the tooth becomes hopeless.[20] Periodontitis is a very common disease affecting approximately 50% of U.S. Periodontitis is thought to occur in people who have preexisting gingivitis ?[21] Periodontal disease is a chronic infection that slowly attacks and destroys the gums and bone that support the teeth. The fact that it is a chronic disease means that a person can not be "cured", rather they must work at controlling the factors which will bring on the full disease process.[22]

Gingivitis is curable with treatment from your dentist, followed by proper brushing and flossing at home. The advanced cordless toothbrushes and other oral healthcare products recommended by DentalMart (tm) will help you prevent plaque build up and maintain healthy gums and teeth.[26] Gingivitis develops as a result of bacteria infecting & inflaming the gum tissue around the teeth. I tried so many so-called ?natural?[27] Gingivitis is a red flag. If you don't take care of it, you can develop severe gum disease that could eventually lead to the loss of your teeth.[28]

Gingivitis and gum disease both begin when tartar and plaque build-up around the teeth and, if not removed, can produce bacteria which spread toxins and chemicals throughout the mouth, between the teeth and on or under the gums. [29] Gingivitis, a commonly seen form of periodontal diseases, affects gingival margin and causes persistent swollen, red, and bleeding gums. If left untreated, gingivitis can advance to the more serious form of periodontal disease in susceptible individuals, known as periodontitis.[30]

Teeth may become loose, fall out, or have to be pulled out by a dentist. [31] Teeth sensitivity is gone and the gum pockets are starting to tighten around my teeth. [32]

Tartar may be progressing below the gumline and some bone loss could be evident. Pockets that are 5 millimeters or deeper indicate a serious condition that usually includes receding gums and a greater degree of bone loss.[34] Tartar starts to form within a few days on a tooth surface that is not kept clean, and provides a rough surface that enhances further plaque accumulation. Once it has begun to grow in thickness, tartar is difficult to remove without dental instruments.[35]

Bacteria can also promote the formation of blood clots which could severely damage the heart. Some scientists argued that these bacteria should be trapped by the immune system, but when doctors sampled and cultured arterial plaque, they discovered colonies of oral bacteria happily multiplying in their petri dishes, suggesting that the immune system seems to have trouble stopping oral bacteria in the bloodstream.[37] Bacteria-laden plaque spreads into the pockets, making it more difficult to keep tooth surfaces clean and to control the disease process. [38] Bacteria are present in plaque , a clear, sticky substance your mouth produces. If plaque is not removed promptly, it builds up on the teeth.[39]

Bacteria was cultivating in the pockets making it almost impossible to kill the bacteria, and gum surgery appeared to be the only cure (or remedy). [40]

Plaque that is not removed can harden and form bacteria-harboring "tartar" that brushing doesn't clean. Only a professional cleaning by a dentist or dental hygienist can remove tartar.[42] Plaque is the main cause of gum disease, but it's not always the only one. If you're susceptible to tartar (hardened plaque), have your teeth cleaned regularly.[43]

Disclaimer: These FAQs are meant to provide general information about orthodontic treatment. The FAQ does not provide medical advice, and should not be used as a substitute for medical advice.[61] Dimensions should be at least 760px x 200px. Anything above that will get cropped off of the image.[62]

Infection, usually caused by bacteria found in plaque and tartar, is a major part of the disease and may require treatment with antibiotics . Prolonged exposure to plaque may cause gums to swell, become painful and recede.[69] Infections and diseases of the ears and sinuses can also cause pain around the teeth and jaws. [70]